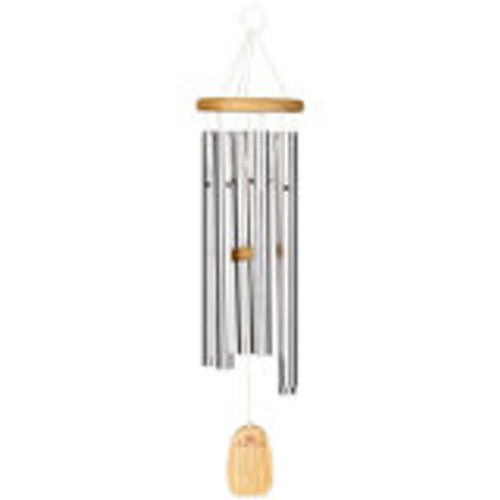 The perfect gift for graduates, tuned to the notes of Pomp and Circumstance.

This bright and cheerful chime is tuned to the opening notes of The Pomp and Circumstance March No. 1 written by English composer Sir Edward Elgar. This piece received an esteemed double encore when first played at the London Promenade Concert in 1901. Now it is traditionally played during the last night of the BBC summer concert series The Proms. Regal enough to be played at Edward VII's coronation, the March's celebratory tone made it the perfect choice to be performed at Yale University's 1905 commencement, during which Elgar received an honorary doctorate. This familiar tune is now played as the processional for virtually every graduation ceremony throughout the United States. We hope the sound of this chime will bring glorious celebrations to your home and garden.